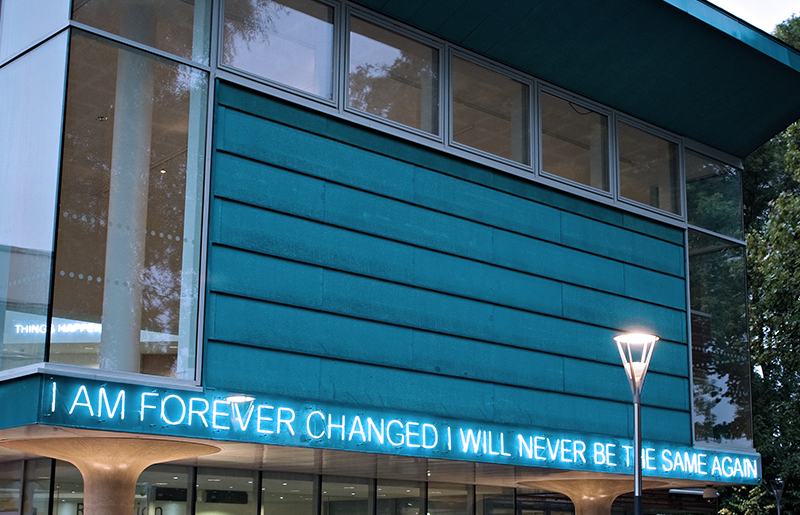 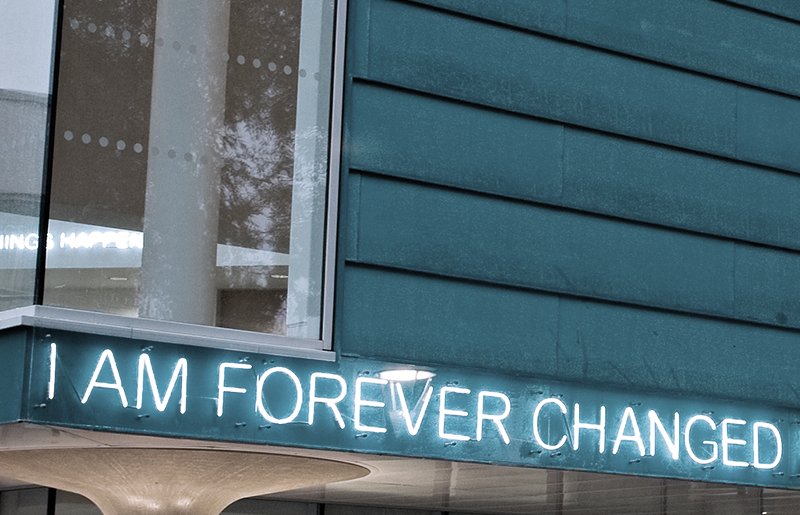 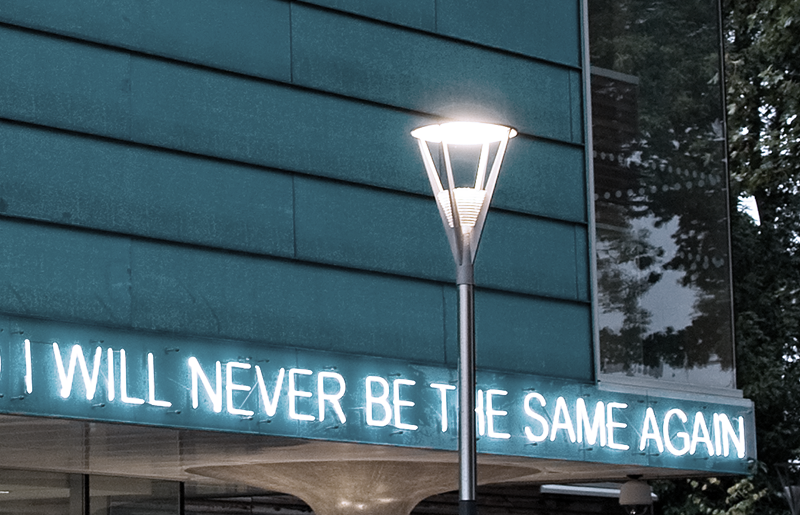 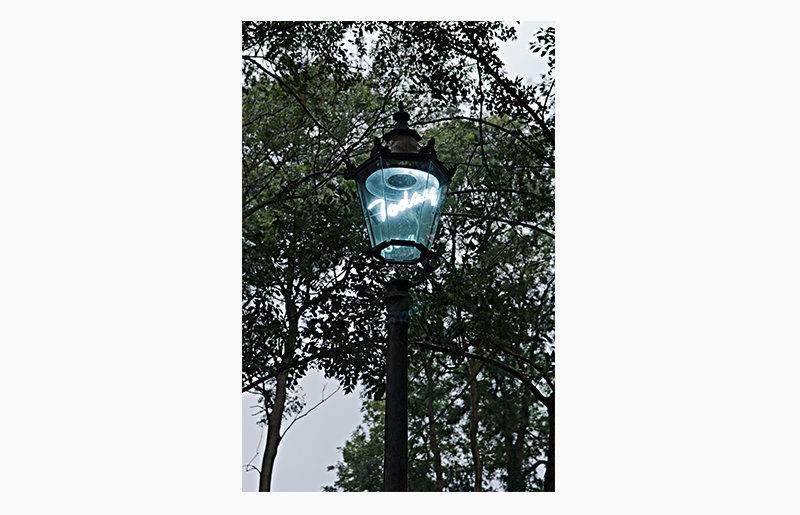 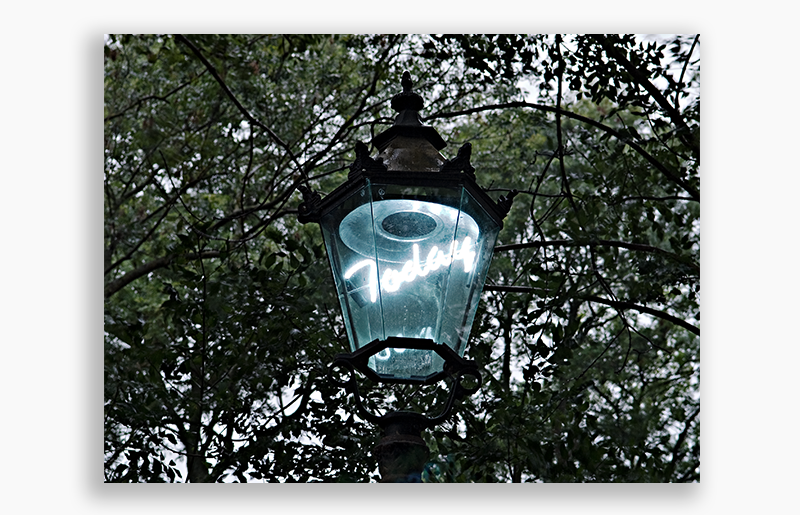 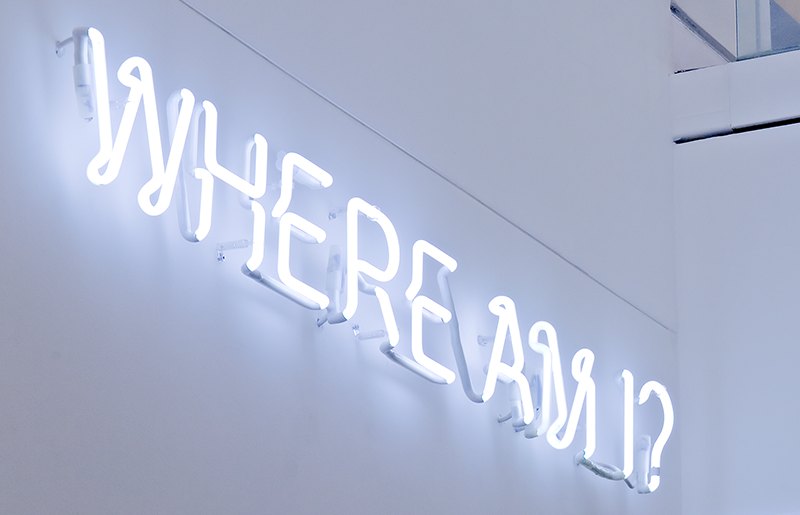 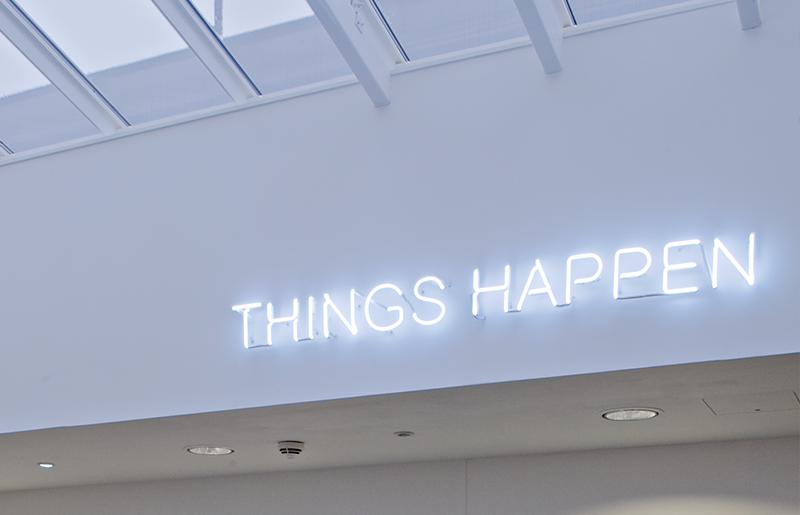 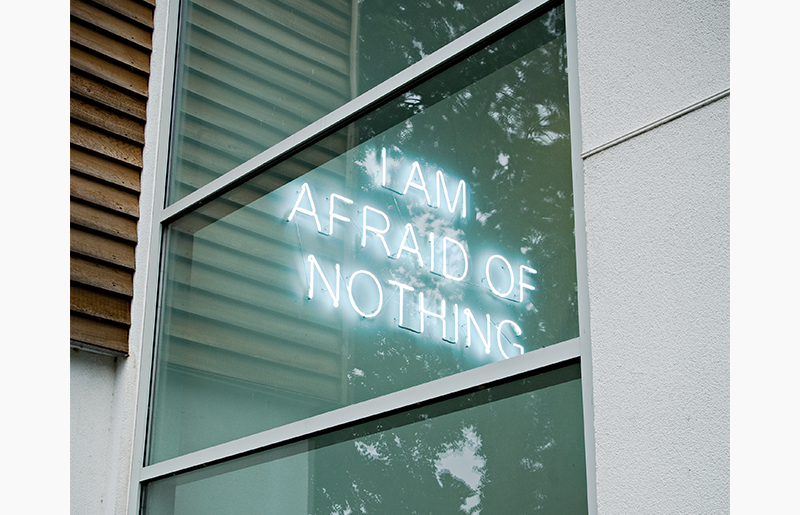 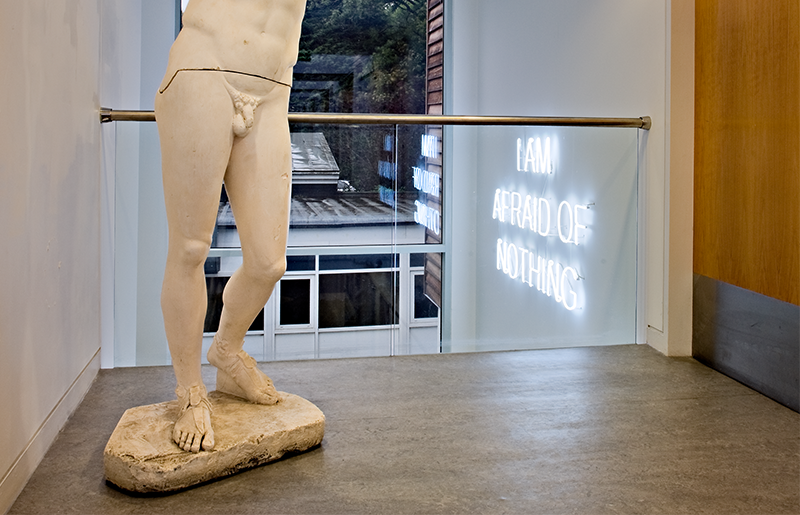 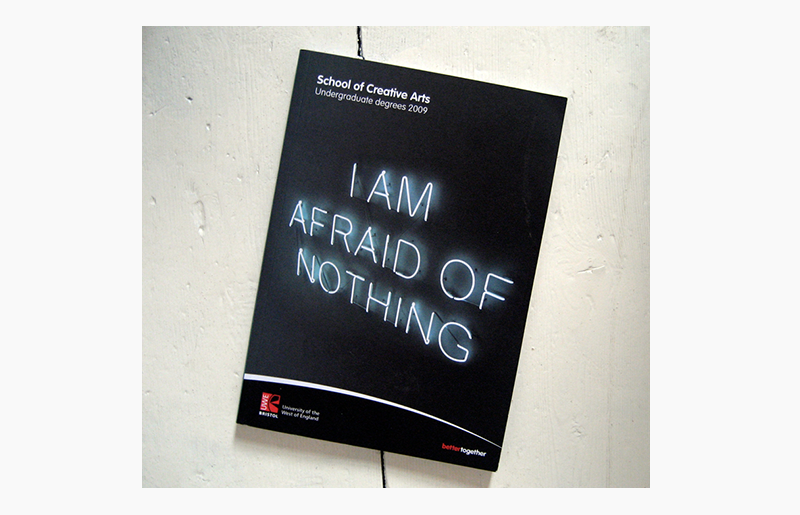 In a collaborative partnership KRAS (Kate Rogers and Andrew Savage) proposed the generation of architectural lettering that held the possibility for expressive interior/ exterior interventions that retained elements of way finding, enlivening and instructing to augment a new faculty building within UWE’s City Campus at Bower Ashton.

Neon interventions, both typographic and handwritten can now be glimpsed between treetops, hidden in corridors and boldly sited upon architectural elevations, creating an opportunity for a visual dialogue to emerge between the interior, exterior and beyond. The artworks function as an aid to orientation and the voice in the texts offers a personal sense of creative authorship which advocates ideas within creative practice and compliments the hub of learning and creativity that is a School of Art.

Ginkgo Projects / University of the West of England